Why is Monitoring a Cryogenic Container Difficult?

Cryogenic containers, often known as dry-shippers, are one of modern medicines’ most groundbreaking innovations. Because they use liquid nitrogen (LN2) to keep temperatures as low as -196°C, these specialized containers are suitable for transporting active pharmaceutical ingredients (API), freeze-dried compounds, and human body samples.

Given the irreplaceable nature of such specimens, as well as the ultra-low temperatures, it's easy to see how monitoring cryogenic containers could get a bit complicated. You will also have to pre-cool and refill liquid nitrogen, which makes monitoring cryotanks even more complex.

Fortunately, one device can make monitoring cryogenic containers less complicated—a data logger with an external sensor! Equipped with an external sensor and a second sensor inside the logger to monitor ambient temperature, this temperature monitor is the key to safe cryo storage. So, how does a data logger work in monitoring cryotanks? First, you need to ensure that the logger supports the process, including pre-condition, load, refill LN2, and ship. To install the data logger in a pre-charged dry shipper:

Interested in the particulars of charging a dry shipper? The following video might be helpful for you

For a rental fleet, you want a battery life that is long, preferably one year. Fortunately, there are data loggers with batteries built for resilience like the LIBERO GE real-time data logger with external sensor, which boasts up to 14 months of battery life.

Since you'll be shipping invaluable products, the logger also needs to have a tilt sensor, which detects if the container has fallen over or if the lid has been taken off.

Real-time data is likely more critical in cold chain packaging, transportation, and storage in the pharmaceutical supply chain. The goal is for all stakeholders to react before things go wrong and quickly conduct a data-driven post-shipment forensic analysis of events.

Temperature is continuously monitored in conjunction with a remote alarm system that is triggered by out-of-range readings. Temperature consistency below a threshold set-point is an excellent quality control/quality assurance metric that documents tank stability. 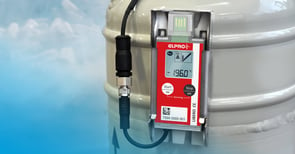 Let us do the hard work!

We can install our temperature monitoring kit on your cryo container.

Learn More
Furthermore, specialized analytical tools are necessary; regular mercury or alcohol thermometers cannot measure cryogenic temperatures because they freeze. Instead, platinum resistance thermometers must be used, which have well-defined electrical resistance behavior as a function of temperature.

Temperature Deviations: Returns to saleable stock for medicinal products that require specific temperature storage conditions, such as low temperature, can only be made if there is documented evidence that the product was stored under the authorized storage conditions the whole time. If a deviation has occurred, a risk assessment must be carried out to verify the product's integrity. The evidence should include the following:

Data recorders with built-in Bluetooth® make monitoring cryotanks effortless. They assist in configuring, monitoring, and downloading data from the data logger without the need for a physical connection using your smartphone or tablet.

According to Sanjay Srivastava, Ph.D., managing director for cell and gene, life sciences at Accenture, other variables associated with cell and gene therapies (CGT), such as shock and orientation of the sample, further add to the complexity and must be evaluated in real-time. He further adds that while the industry is growing, there is still a scarcity of skills and capacities in using these types of sensors in the supply chain to handle the predicted influx of CGT shipments.

Real-Time Service Providers: Prevent Damage From Customers Before it Occurs

According to Richard Wood, technical director at Softbox, the industry sees a significant movement toward using real-time monitoring with new big-data analytics and predictive modeling software to limit risk. "Enhanced visibility has saved millions of pounds of pharmaceutical items from potentially harmful temperature excursions," he says.

The Sensaphone, or other web-based information-gathering quality control applications, can call pre-programmed phone numbers in a specified order in the case of an alarm, such as the IVF lab phone number, on-call phone number, and lab personnel phone numbers. 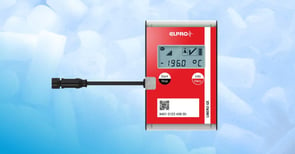 Need a real-time data logger for your cryo container?

This is where you can find it

These alarm notification systems and the newer Wi-Fi and e-cloud texting and email-linked systems will continue to call and send messages in a predetermined order until the alert is canceled, either in the lab or by communicating directly with the alarm system via phone or computer. The Sensaphone is a hard-wired system with battery backup, allowing it to work even if the building's power goes out.

Although the wireless monitoring devices can function in a blackout, their reliance on batteries makes them vulnerable to a rigorous battery replacement quality management policy.

Wireless alarm systems are also susceptible to internet outages. It is, thus, critical to have a dependable, dedicated Wi-Fi connection or to guarantee that warning is given if the computer system used for monitoring is temporarily disabled by IT to avoid false alerts.

All alarm systems, notably O2 monitoring for personnel safety, should be tested frequently (e.g., daily to weekly) as part of conventional quality control procedures to assure correct operation. In addition, the call-out system should be checked regularly (weekly, monthly) to ensure that it is effective and that people are responsive.

Such testing can aid in the detection of software bugs and equipment malfunctions. Additionally, clear alarm logs regularly to ensure sufficient storage is available, as exceeding the storage capacity limit may cause current event recording to halt.

Data loggers typically save recorded data to a non-volatile internal memory, which is then transferred to an external computer for long-term storage and analysis. Monitoring cryotanks in real-time is possible with some loggers via a wired or wireless connection.

Geofencing is another game-changing technology for monitoring cryotanks. It is a location-based service in which an app or program uses GPS, RFID, WI-FI, or cellular data to trigger a response when a mobile device enters or departs a predetermined location.

Appropriate equipment and processes should be put in place to check the environment where pharmaceutical products are housed. Temperature, light, and humidity are all environmental aspects to consider.

Light.  To see if the container was opened and tampered with.

Tilt. The hold time significantly reduces if the container is tilted.

Position, GPS. To accurately detect the location of the container. 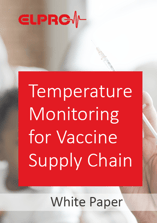 [FREE] Take a look at temperature monitoring options, the WHO PQS catalogue, information on vaccines for developing countries, etc.

The stakes in the cold pharmaceutical chain are bigger than they've ever been—at all ends of the spectrum. According to IQVIA Institute forecasts, worldwide pharmaceutical revenues will exceed $1.58 trillion by 2024. Experts predict that by 2024, five of the top ten best-selling pharmaceuticals will require 2°C to 8°C cold chain storage and handling.

Monitoring cryogenic containers can enable companies to identify specific risks, make the most appropriate adjustments, and improve outcomes. Knowing that something didn't work after the fact isn't enough. It's considerably more vital to leverage modern IoT capabilities to respond to temperature-related losses and generate chances to prevent them in the first place.

Schedule a call with our experts today. We're here to support your cold chain monitoring project and help ensure it is successful.